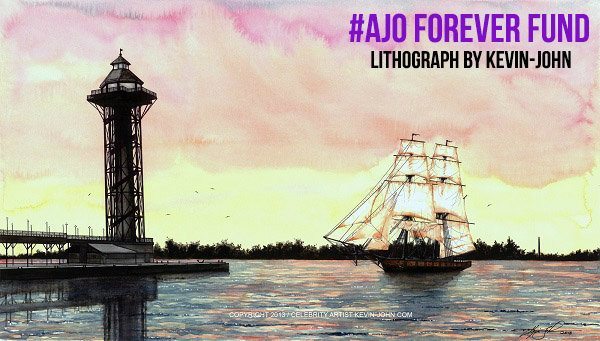 Happy New Year everyone! I hope you had a wonderful holiday with your family and friends. Let’s start the year 2014 with positive thoughts and energy.

For me, one of the sweetest moments in life is when someone does something for you out of the sincerity of their heart, regardless it’s a big or small gesture. It could be a stranger letting you skip ahead while waiting in line, or a stranger sitting next to you on the plane offering to pay for your movie on the flight (which happened to me on my back from my NY trip).

Today I want to share a touching Pay it Forward story about Alyssa Josephine O’Neill that was featured on Ellen, Yahoo, CNN, and other media outlets.

Alyssa Josephine O’Neill was a 18-year-old college freshman at Penn State Erie – The Behrend College who was diagnosed with epilepsy in 2012. The day before she passed away from an epileptic seizure, she asked her mom if they could go to Starbucks so that she could try a pumpkin spiced latte but they never got to enjoy the drink together. 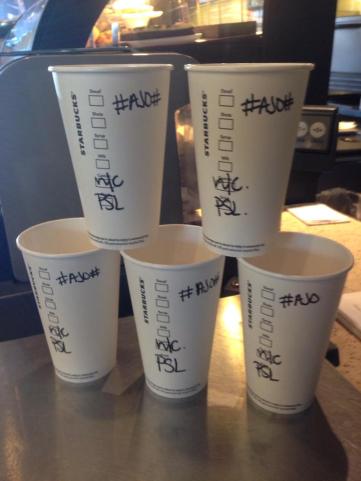 Alyssa’s father Jason O’Neill had told CNN they were shocked at the sudden loss and didn’t know what to do, “So we tried to fulfill the one thing that she asked us. If Alyssa couldn’t get a pumpkin spice latte, we would get them for other people and try to pass the kindness forward.”

Alyssa’s parents, Jason and Sarah, went to a local Starbucks in PA and purchased lattes for 40 strangers. Their only request for the store was to write hashtag #AJO (Alyssa’s initials) on each cup with a purple sharpie, and tell the customers Alyssa’s story and why their drink was free.
What happened after was unexpected, and the #AJO movement became viral as the customers who had received the free drink paid it forward. The ripple effect from this one event in Erie quickly spread not just locally or within the US, but around the world people all over have also started writing #AJO and posting on social media that they’ve done something nice for a stranger. Jason told Ellen’s Good News “We’d like to pay it forward and try to make everybody a little bit of a better person because that’s what Alyssa did.”

As part of this movement, the O’Neills have created the AJO Forever Fund to help families affected by epilepsy. Back in September when I learned about AJO, I have pre-ordered 3 Kevin Johnson lithographs where the proceeds benefit the AJO Forever fund.

If you’re interested in receiving a copy of this lithograph, please let me know in the comment section by January 20th and I will choose three (3) readers randomly. This giveaway is available to all readers WORLDWIDE.

If we just take 3 minutes out of our day to do something nice for others, people will be inspired by this movement and pass the kindness to others as well. Let’s pay it forward. 🙂

About this lithograph: Featured in the 9×17 inch limited edition lithograph will be the U.S. Brig Niagara, the famed flagship of Oliver Hazard Perry’s victorious fleet, under full sail in the shadow of Dobbins Landing’s Bicentennial Tower and the monument bearing his namesake. A shroud of gorgeous sky drops in the background as the promise of another beautiful sunset is fulfilled over Lake Erie. Born in Erie in 1969, Kevin-John began his professional art career in 1987 while still in High School by producing charming pen and ink renderings of historic points of interest of his home town. KJ quickly became one of the most well known artists in the region on his way to national prominence as a Disney Master Artist and Pro Sports Artist. Hand-signed and by the artist. (preorder $49, retail price $75)

28 Easy Japanese Recipes Everyone Can Make 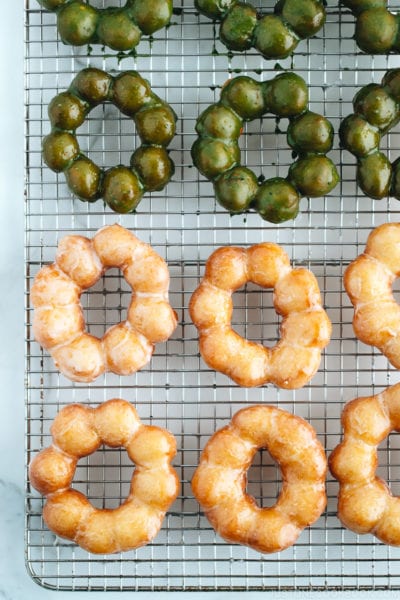