Skip to content
Castle Japan Nagano
This post may contain affiliate links. Please read my disclosure policy for details. As an Amazon Associate, I earn from qualifying purchases.

The grand and historic Matsumoto Castle known as “Crow Castle” is one of the few original castles left in Japan. Join us as we tour the Matsumoto castle and climb the steep stairs to the top of the castle keep. 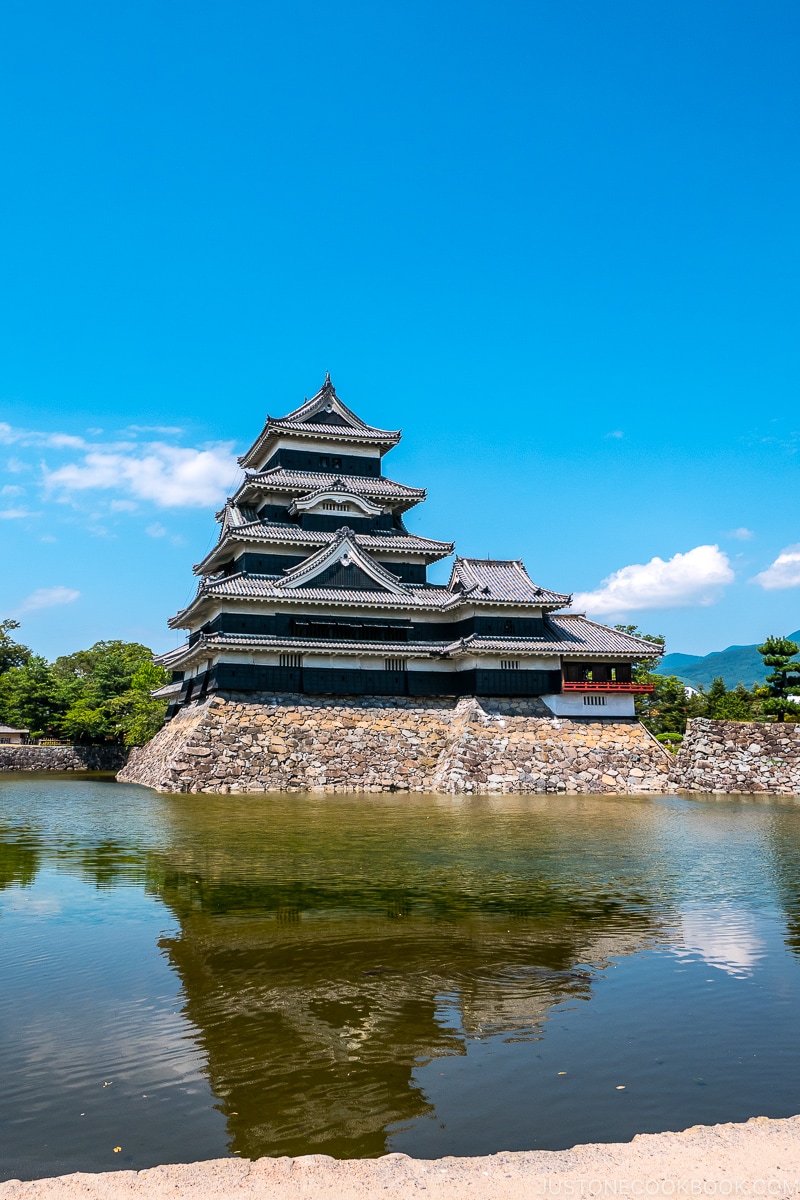 You’ve probably seen many Japanese castles featured on posters and postcards. However, out of the over one hundred castles, only twelve original castles remain. The remaining are reconstructed or in ruins today. We want to share with you our visit to one of the most magnificent original castles, Matsumoto Castle 松本城.

Where is Matsumoto Castle

Matsumoto Castle is located about three hours by car or train northwest of Tokyo. It is located in the center of Matsumoto City in Nagano Prefecture. 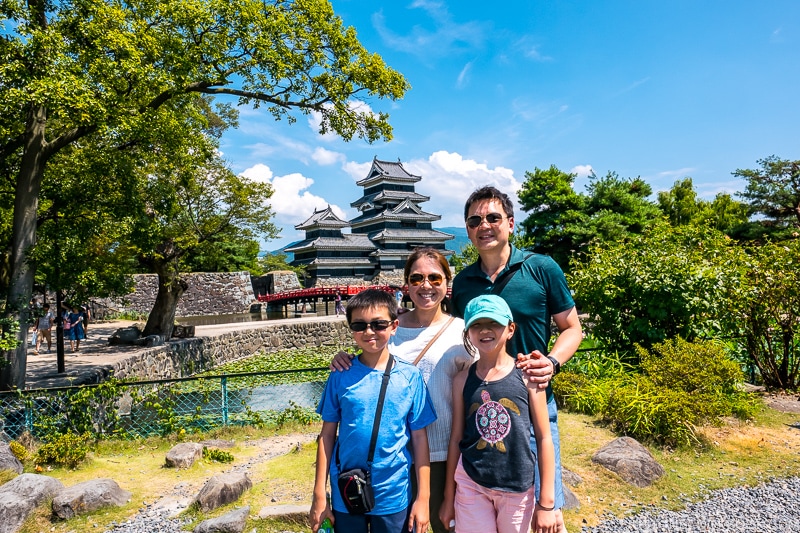 Matsumoto Castle started construction in 1590 and was completed around 1593 by the Ishikawa clan. What’s unusual about Matsumoto Castle compared to other Japanese castles is the number of different clans that ruled it over time.

In most cases, it’s been one or two clans that ruled each castle from the 1500 – the 1800s. However, Matsumoto Castle had been ruled by seven different clans including the Toda clan twice.

To get to the main castle tower (tenshukaku 天守閣), visitors go through two gates, including a black gate (kuromon 黒門).

Inside kuromon, there is an open section where visitors can view the interior of the wall.

After entering through the gates, there is a large garden with manicured lawn and plants. This garden area used to be where the residences of the castle lords were located.

The castle tenshukaku is original so it is not handicap accessible and could be strenuous for those who have a difficult time climbing steep stairs.

Visitors are required to take off their shoes to enter and carry them in a provided plastic bag with them throughout the tour. 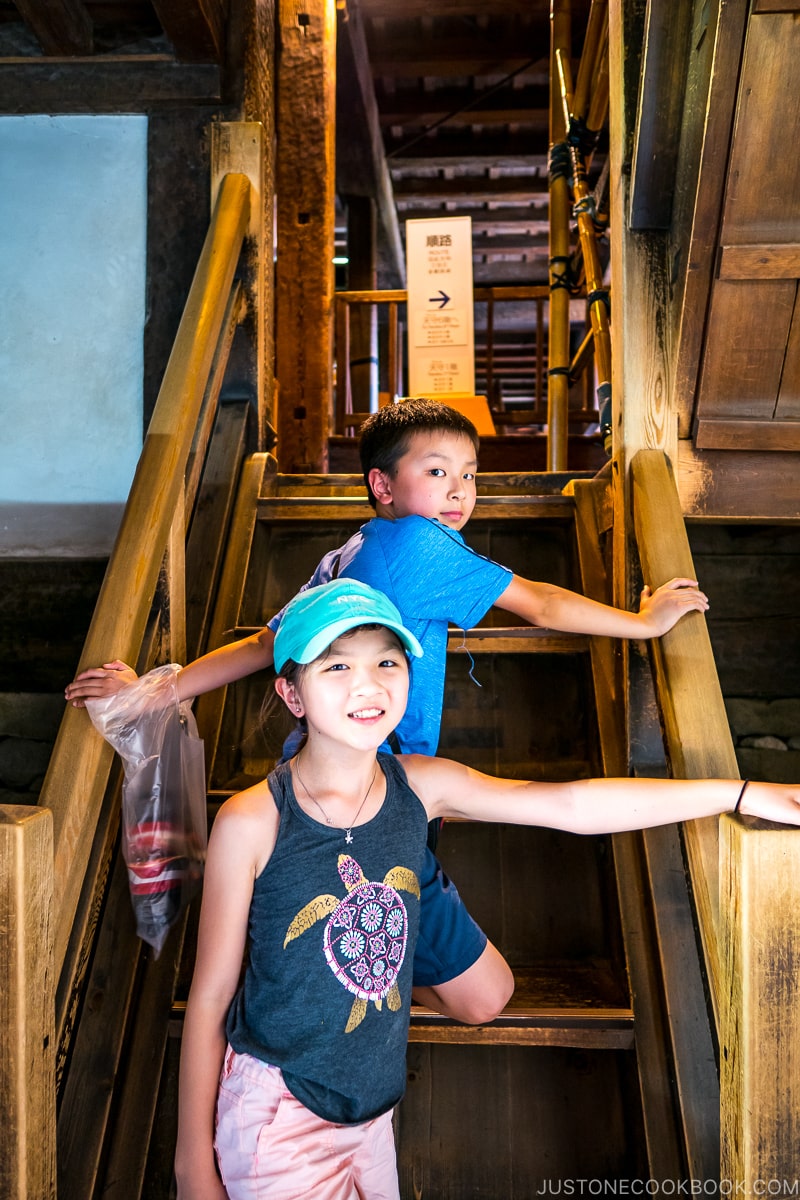 Once inside the building, there are many signs in Japanese and English explaining various features of the building and the exhibitions on display.

First Floor of The Tenshukaku

The first floor of the tenshukaku is quite large and was used for the storage of food, gunpowder, and weapons.

The first floor is critical for the defense of the castle and has many defensive capabilities built-in.

Exhibitions on the first floor include historical artifacts from the tenshukaku, such as shachi from the roof and various building parts.

Second Floor of The Tenshukaku

The second floor of the tenshukaku includes an armory exhibition. 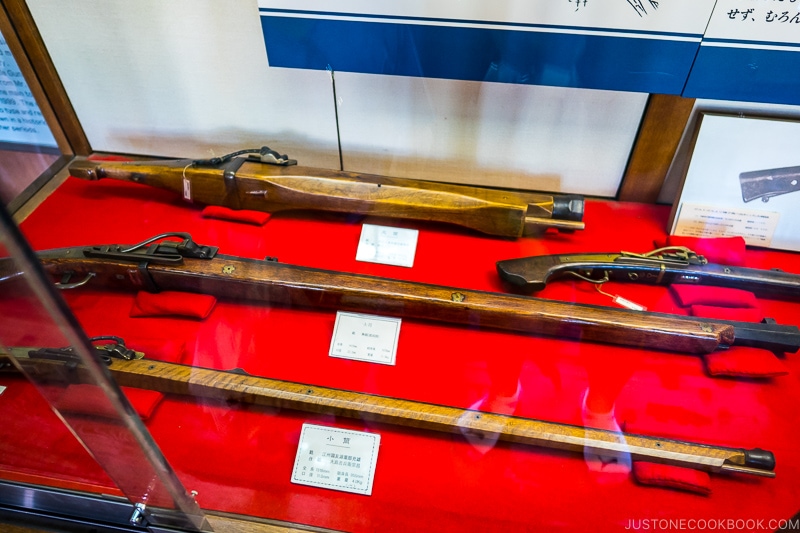 The exhibition included many antique guns, weapons, and armor on display. 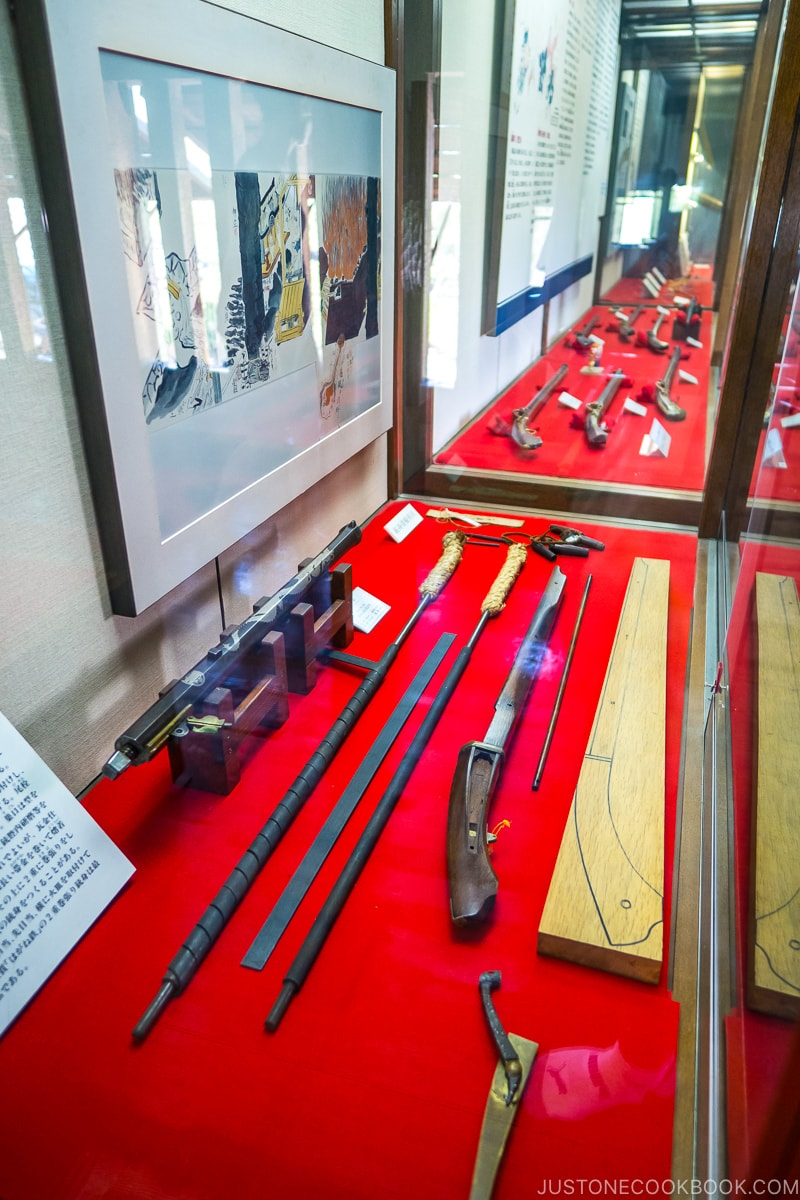 Third Floor of The Tenshukaku

Even though the castle is six floors, it appears only as five from the outside. The third floor is hidden with a low ceiling and no windows. It’s not visible from the exterior and the purpose was that soldiers could hide on the third floor and give enemies the wrong estimate of how many were inside.

The Fourth and Fifth Floors of Tenshukaku

The fourth floor was the private quarters of the lord and the fifth floor was used for meetings. 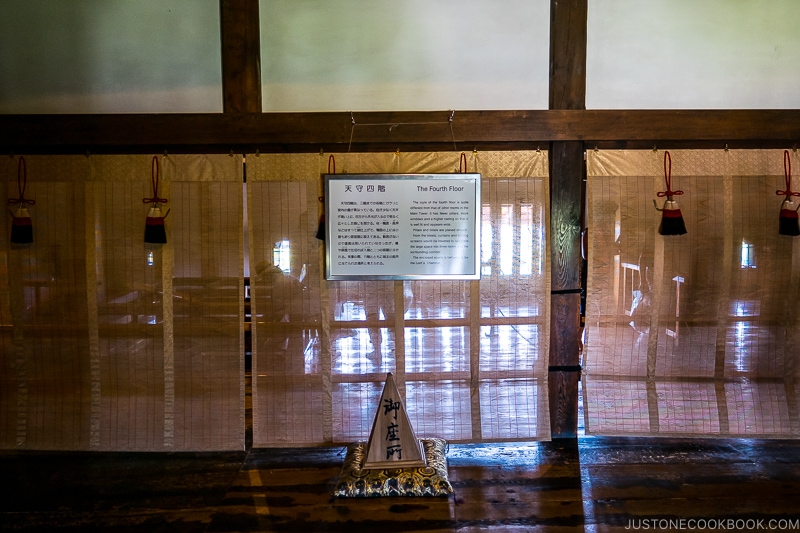 The top floor was designed as the headquarter of the lord if the castle was at war. It has clear views in each direction.

Two of the castle building were added later during the peaceful times. Tsukimi-Yagara had a platform with windows facing three sides to view the moon. 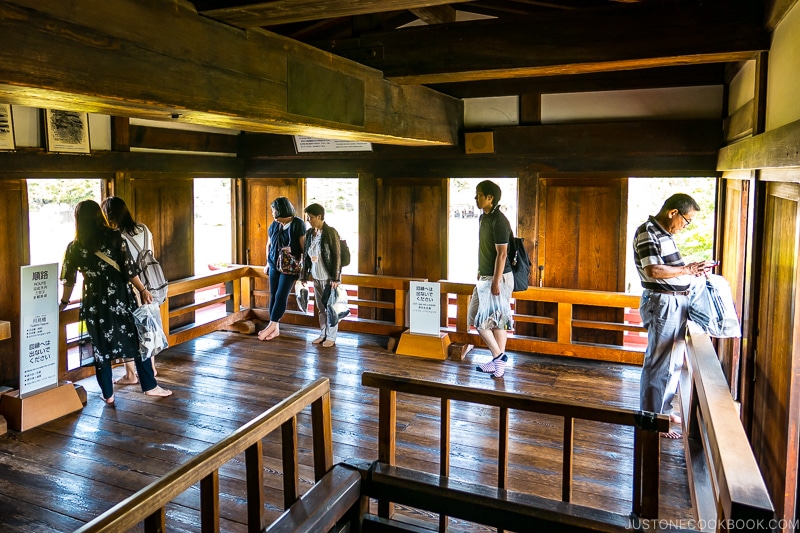 It’s a rare opportunity to visit an original Japanese castle. The only other one we’ve been to is Himeji Castle and that was a great experience. It is our goal to visit all twelve original castles.

If you enjoy our travel adventures in Japan, head on over to our Japan travel page for more stories.