Skip to content
Autumn Dumpling Kabocha
This post may contain affiliate links. Please read my disclosure policy for details. As an Amazon Associate, I earn from qualifying purchases.

Stuffed with sweet kabocha squash and miso-glazed eggplant, these Oyaki Japanese dumplings are a popular snack in Nagano Prefecture in central Japan. 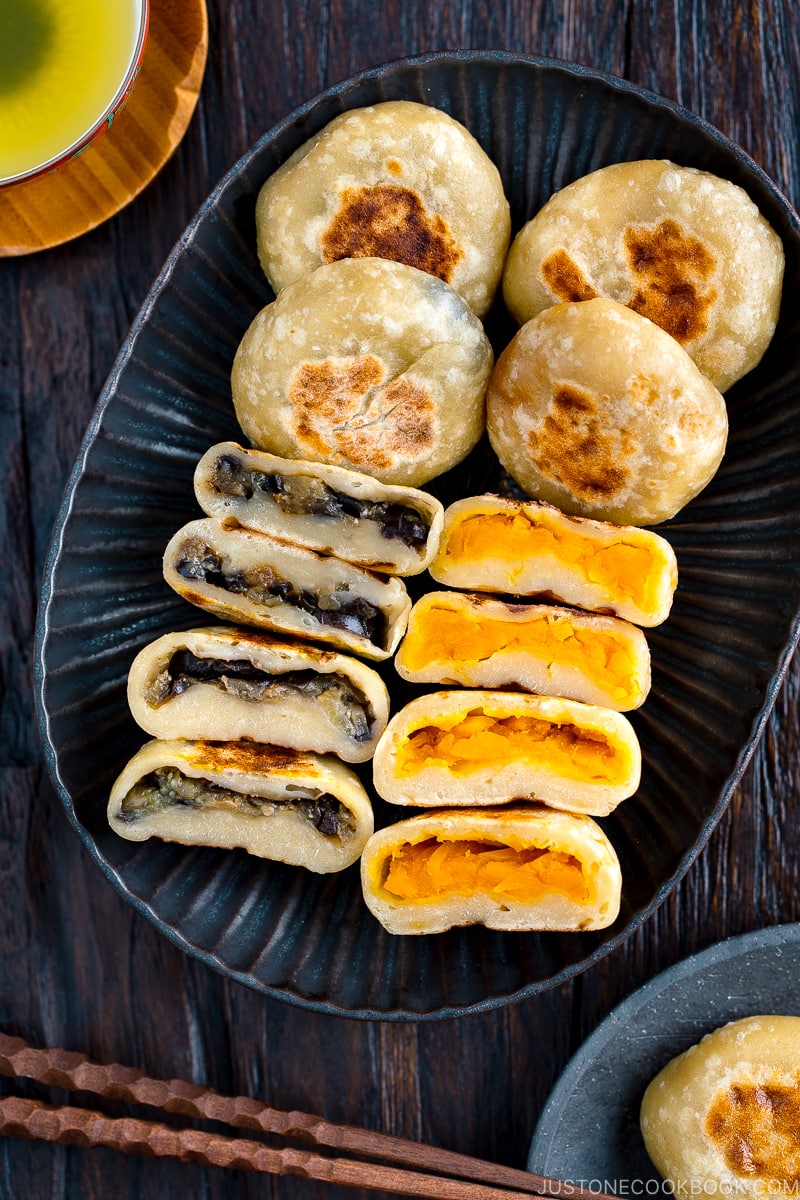 As the weather chills and you spend more time in the comfort of your home, I thought it would be nice to share a fun Japanese dumpling recipe that will keep you busy in the kitchen. You – and maybe your kids too – get to play with flour, making the dough from scratch, and stuffing the dumplings with your favorite fillings!

I love making Oyaki (おやき) – Japanese Stuffed Dumplings – this time of year. They are such a delicious comfort food on cold days, so I just had to introduce them to you today.

Oyaki (おやき) are stuffed dumplings that originated in Nagano Prefecture. The chewy oyaki dough is made from wheat flour or the mixture of wheat flour and buckwheat flour and stuffed with a variety of yummy fillings. The fillings are generally made from vegetarian ingredients such as fresh seasonal vegetables, mushrooms, beans, or pickles.

These rustic, homemade oyaki dumplings have played an important role in Nagano’s regional cuisine for generations. Located in central Japan, Nagano has steep mountains and a cold climate, so rice cultivation was very difficult. Instead, soba (buckwheat) became the main crop, with Nagano yielding the 2nd highest production by volume in Japan, only behind Hokkaido.

Oyaki may not be fancy food, but these humble treats from Nagano are a symbol of necessity, comfort, and sustainability. 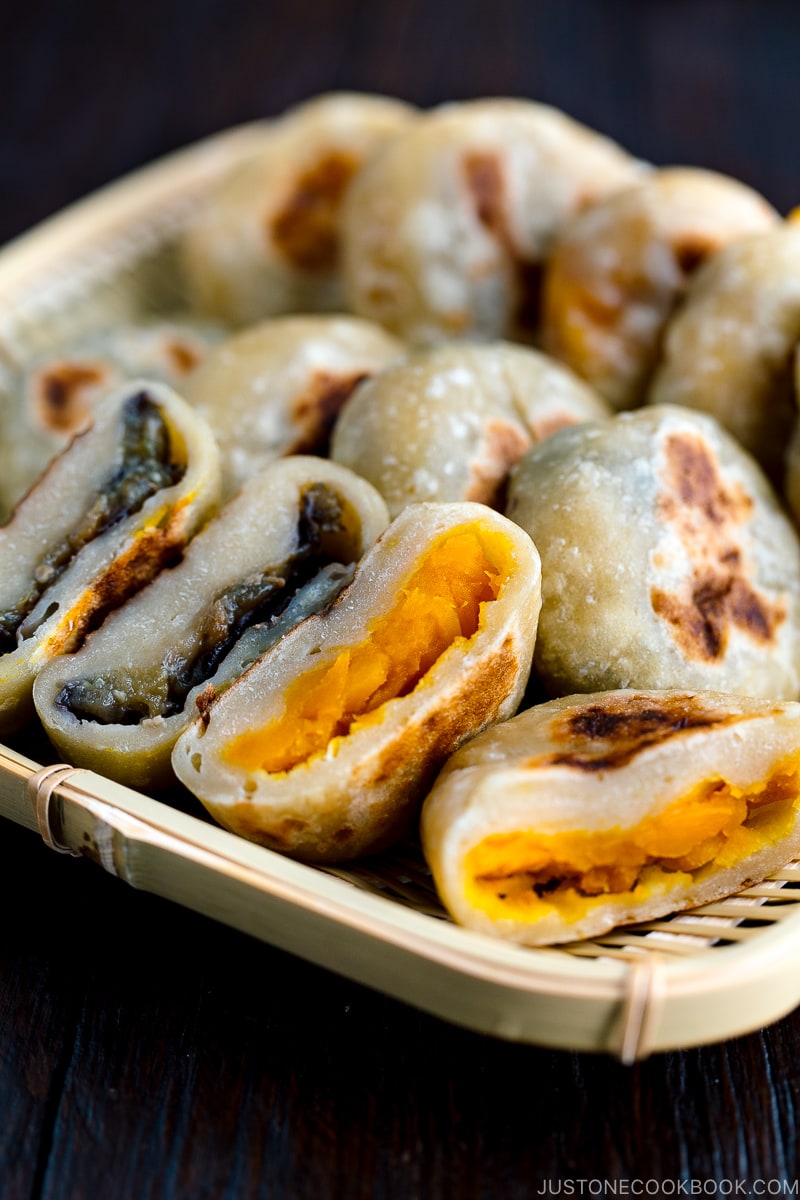 How Oyaki Are Cooked

Oyaki were traditionally cooked and charred in the ash of an open fire in an irori (囲炉裏) hearth. These days, oyaki at specialty stores are typically roasted on an iron pan, then either steamed or broiled before enjoying piping hot.

To cook oyaki at home, you can try one of these methods:

Personally, I like to pan-fry oyaki first to give them a nice char, and then steam till they are cooked. But I encourage you to try a few methods to find your favorite way of preparing Japanese stuffed dumplings. 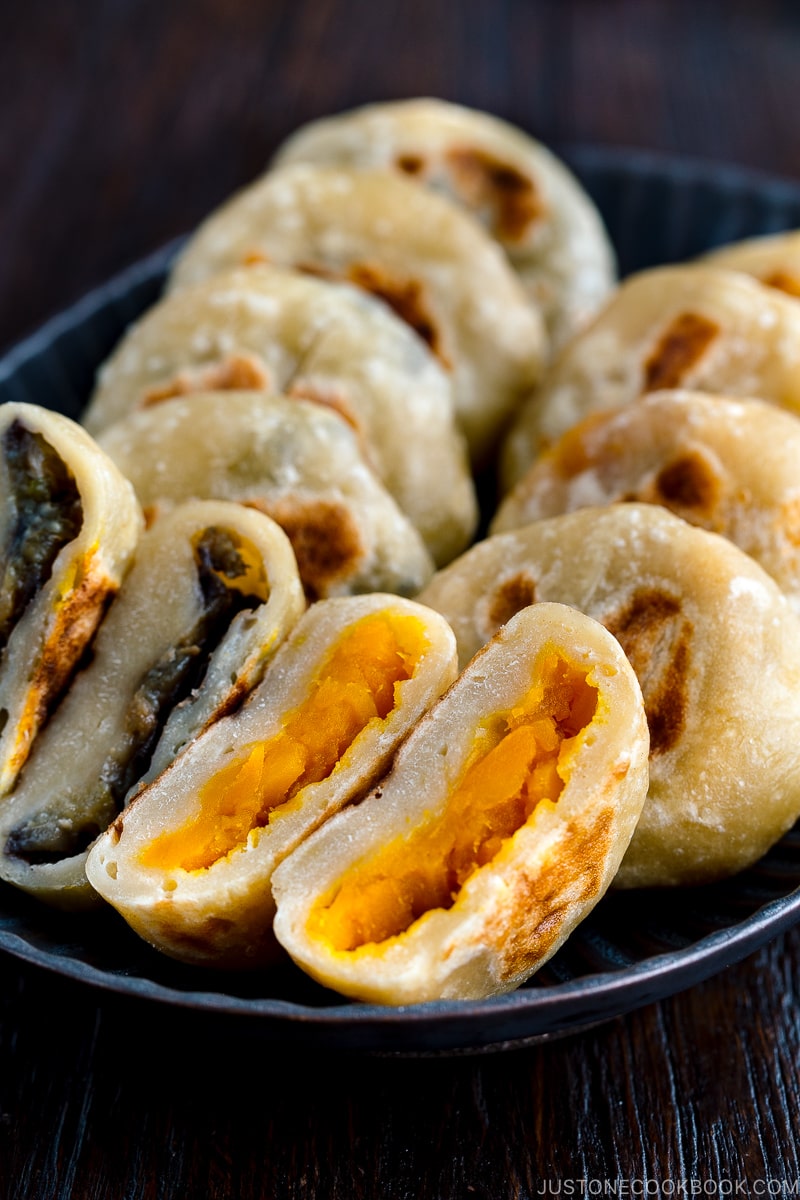 Popular Fillings (An 餡) for Oyaki

The type of fillings for oyaki vary with region, with each area having its own local specialty. Today’s Oyaki recipe includes sweet and savory kabocha squash and miso-glazed eggplant fillings. They are very popular fillings for Japanese dumplings.

But there are endless choices of ingredients to stuff oyaki with. Here’s a list to give you some ideas to play with:

These ingredients are often seasoned with soy sauce or miso for savory dumplings and sweetened with sugar for sweet dumplings. The dough doesn’t have much taste, so make sure to add extra flavor to the fillings so the oyaki won’t taste bland.

There are so many creative fillings and seasonings to try. Have fun experimenting with new flavors!

Oyaki are a great snack or side dish to a meal. Serve oyaki with cold beer in the summer and hot tea in the winter. And when you have a chance to visit Nagano Prefecture, don’t forget to try these healthy and delicious snacks in specialty shops and food stalls! 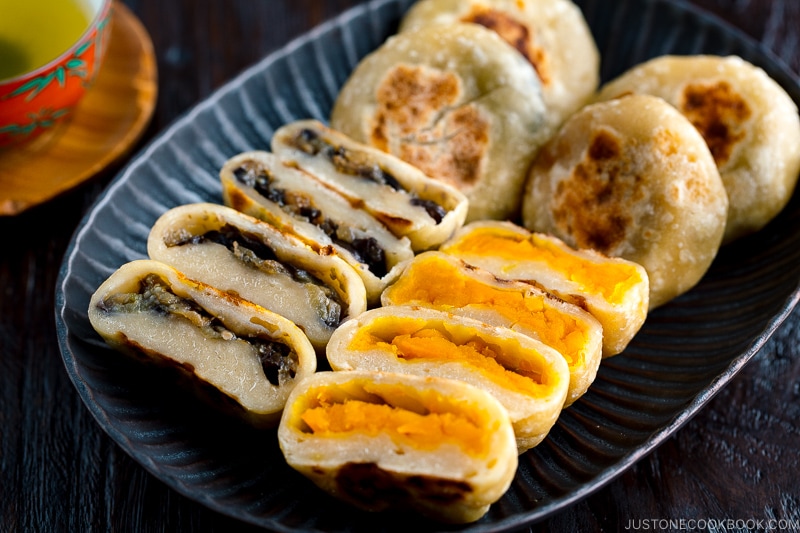 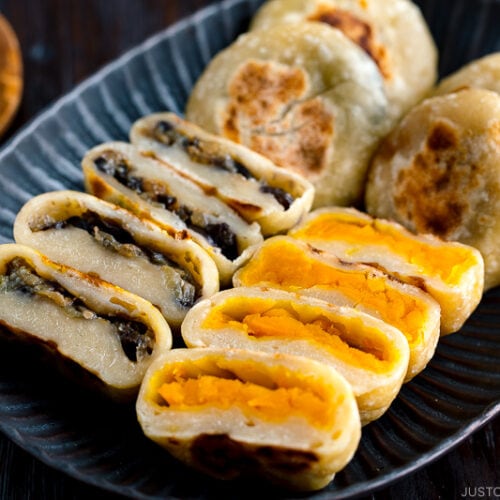 The rest of ingredients

To Shape into Oyaki

To Serve and Store 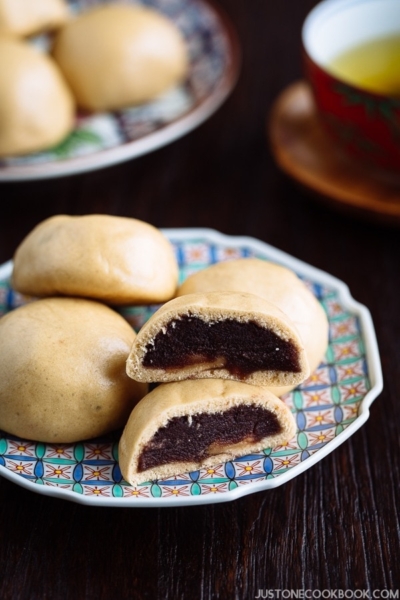 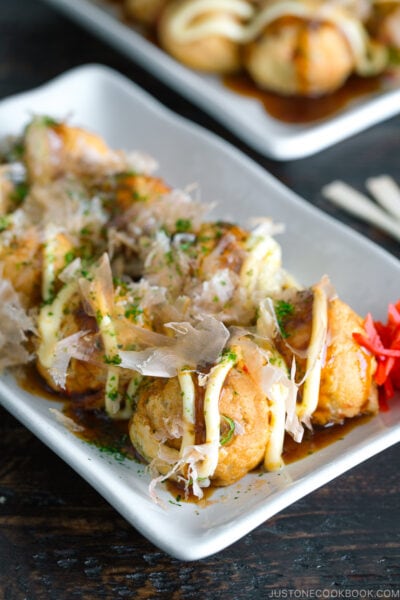 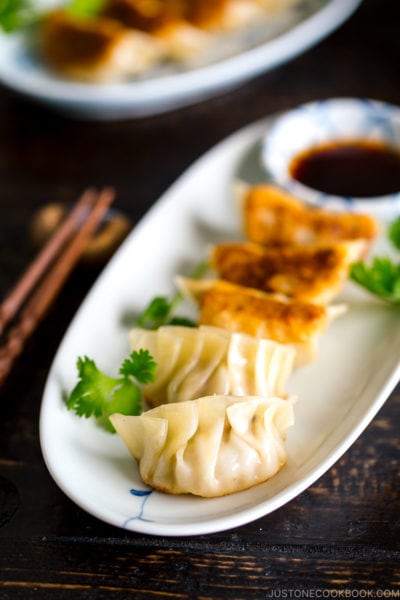 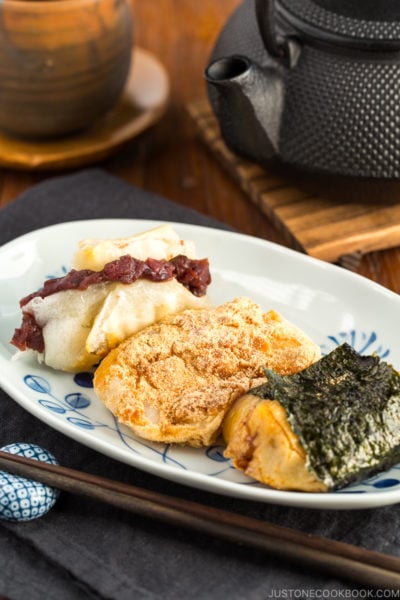