Skip to content
Giveaway
This post may contain affiliate links. Please read my disclosure policy for details. As an Amazon Associate, I earn from qualifying purchases. 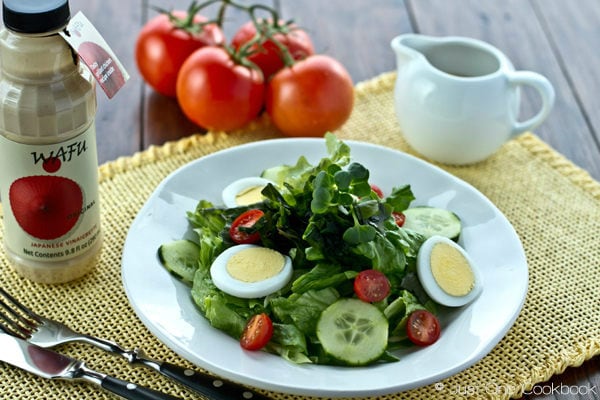 A couple of weeks ago I was contacted by a Canadian company which sells WAFU® Japanese Vinaigrette to see if I’m interested in sampling their dressing. The funny thing is this dressing is actually one of my husband’s favorites, so I happily accepted the offer. This review is based on our own experience and we did not get any compensation from the company other than a dozen of free samples. 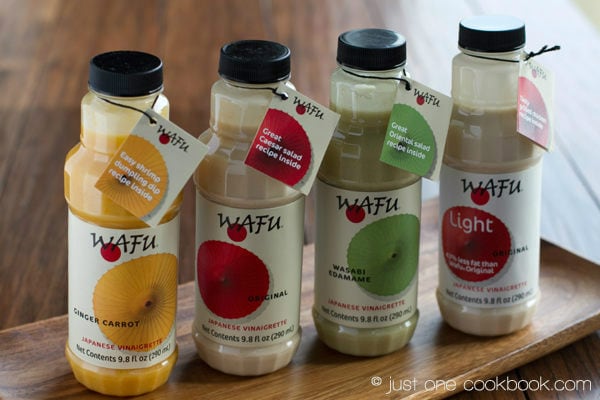 We had previously tried Original flavor when my husband bought them from the Asian markets. One day, he was really craving the salad dressing Japanese restaurants in our area serve (typically on the salad with lunch and dinner specials). He was really happy he found off-the-shelf dressing that tasted similar. The Original dressing is very tasty. It’s creamy and not too tangy. If you don’t like sour dressings, you don’t have to worry about that. We actually like a little bit of sourness in our dressings, but we still enjoy this dressing very much. 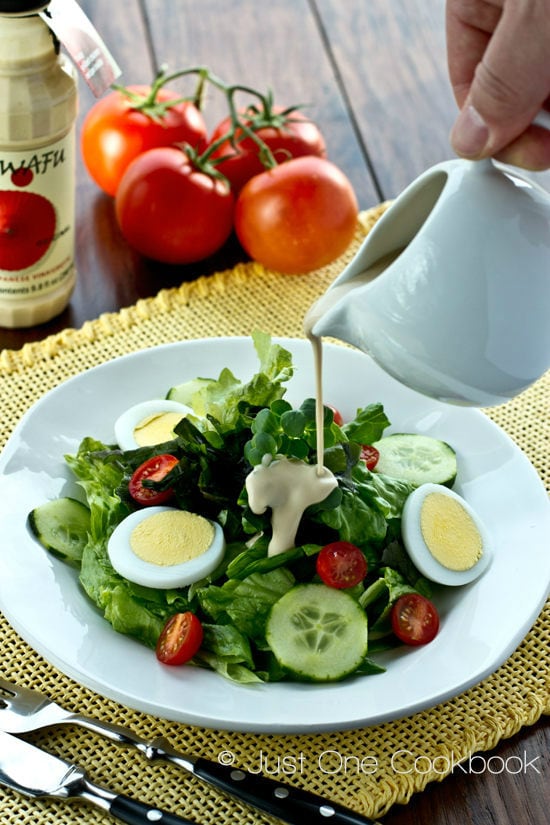 Then we moved on to Ginger Carrot flavor. We never tried this flavor before so we were very excited to try this one out. The dressing has beautiful orange color from the carrot and looks very appetizing on fresh greens. We poured this over on the same Japanese salad and surprisingly the taste was also recognizable. It’s the same or similar flavor as the salad quite a few Japanese restaurants also serve. I could definitely taste the ginger flavor but it’s not too strong that it overpowers the carrot. It’s a great match from these two ingredients.

Lastly we tried Wasabi Edamame. If you are my frequent readers of my blog, you all know that my husband and I don’t like wasabi. I know, I know, I might be the only Japanese grownup who refuses to eat wasabi when I eat sushi. Am I missing it out? It’s okay, I really don’t like the taste… But the first two dressings were really delicious so I tried Wasabi Edamame. Hm… I “can” eat it, so wasabi is not as strong as eating regular wasabi. But let’s just say I rather stay out of the wasabi flavor. Edamame definitely made the wasabi taste milder, but if you don’t like wasabi, you definitely can sense it’s in the dressing.

Over all, we love the dressing very much, even the Light healthy version of the Original flavor. All these dressings are very creamy, yet they are surprisingly not heavy at all. The consistency of the cream is very thin, so the silky texture goes around the salad nicely and it’s just the right amount of tanginess and sweetness. Since we enjoyed these dressing so much, I thought I should share some of the dressing that I received from the company since I could easily buy more from my nearest Japanese and Chinese supermarkets that I go often (They’re not widely available in the US yet, but if you’re in California you can find them in Japanese and Korean stores and in the San Francisco area. Molly Stone’s will be carrying them. You can also order on amazon.com.).

Full disclosure: This giveaway is sponsored by yours truly.