Skip to content
Condiment + Sauce Make Ahead Video
This post may contain affiliate links. Please read my disclosure policy for details. As an Amazon Associate, I earn from qualifying purchases. 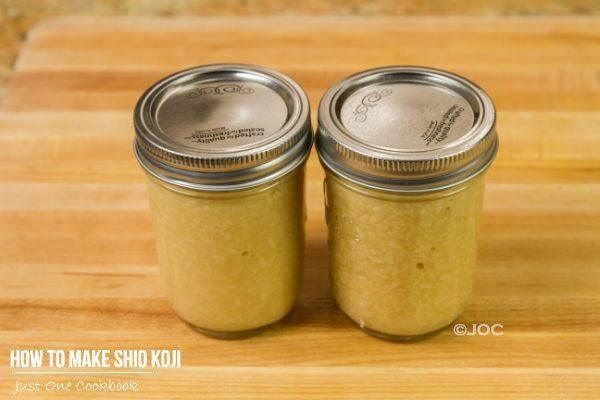 It’s been several years since Shio Koji (塩麹, 塩糀) experienced a huge resurgence in popularity as a versatile seasoning in Japan. This page is about shio koji, its benefits in cooking, and how to make it at home.

What is Shio Koji? 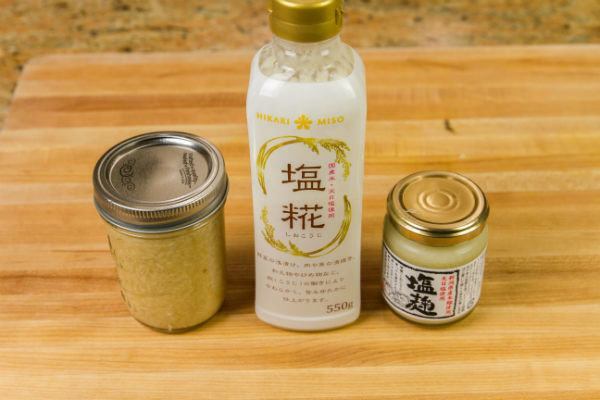 Shio koji  (塩麹, 塩糀) is a natural seasoning used to marinate, tenderize, and enhance the umami, or richness (one of the five basic tastes) in foods. It’s made of just a few simple ingredients: salt, water, and rice koji.

Rice koji (米こうじ, 米糀, 米麹) is steamed rice that has been treated with koji mold spores (Aspergillus oryzae, koji-kin 麹菌, or koji starter). Koji is a specific strain of mold that has been cultured over the centuries.

You may feel hesitant to eat it and wonder why we make rice moldy on purpose. But you have most likely eaten it already!

Koji has been the key ingredient to make miso, soy sauce, sake, mirin, rice vinegar, amazake, shochu, and shio koji. It’s a live food that is rich in enzymes that break down starches and proteins in food into sugars and amino acids.

You can use shio koji to marinate meats, make pickles, flavor your vegetables or use it as a salt substitute. In a recipe that calls for one teaspoon of salt, you can substitute with 2 teaspoons of shio-koji. Shio-koji is really versatile and can be used in any kind of cooking (See Shio Koji recipes)!

How to Make Shio Koji at Home

Yes, you can make shio koji at home as it only involves a few ingredients. You can check out my quick video that demonstrates the process. For a step-by-step recipe, read on in the recipe section below. I hope you have fun making Shio Koji at home and discover more ways in flavoring your dishes with this amazing ingredient!

Watch How to Make Shio Koji

Video tutorial on how to make shio koji, a traditional Japanese ingredient, at home. 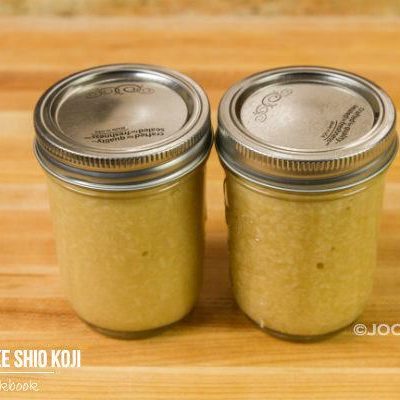 How To Make Shio Koji

Koji: The majority of koji you find at stores will appear lighter in color than this brand of koji that I use, which is slightly yellow. The yellow color comes from koji mold, and some are yellow and some are brown. Depending on the brand/company, they may mix different kinds of koji molds to create a more complex flavor. You see more white koji in stores as they look “prettier” (source).

Serving: 1 jar · Calories: 398 kcal · Carbohydrates: 87 g · Protein: 7 g · Sodium: 13954 mg · Potassium: 3 mg · Calcium: 25 mg · Iron: 1 mg
Author: Namiko Chen
Course: Condiments, How to
Cuisine: Japanese
Keyword: marinade sauce, shio koji
©JustOneCookbook.com Content and photographs are copyright protected. Sharing of this recipe is both encouraged and appreciated. Copying and/or pasting full recipes to any website or social media is strictly prohibited. Please view my photo use policy here.
Did you make this recipe?If you made this recipe, snap a pic and hashtag it #justonecookbook! We love to see your creations on Instagram @justonecookbook!

Where Can We Find Rice Koji? 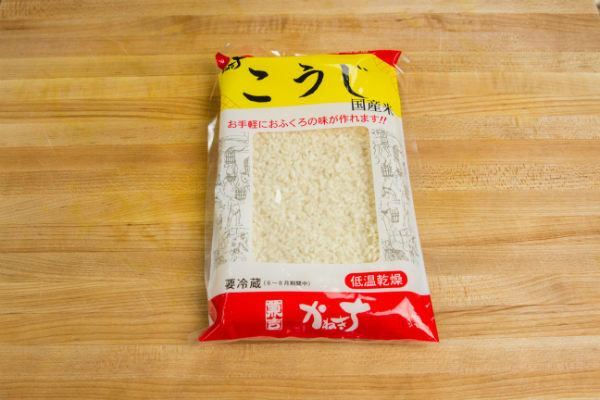